KTM Bikes - MADE IN AUSTRIA

KTM Bikes - MADE IN AUSTRIA

The new deal between the UK and the EU has made importing bikes into the UK a bit more complicated.

In theory, the movement of goods between the UK / EU is tariff and quota free.  This appears simple, but when you look past the headlines, the condition to this movement requires consideration of the rules of origin.  Essentially the goods being moved need to be made in the UK, or made in the EU to qualify.  Bikes, like many other things are a collection of components assembled to make the bike.

Many companies assemble their bikes in the EU and a few do it in the UK, because there are many logistical and financial reasons for doing so. Once assembled they can then be moved around within the Single Market with no financial penalties or restrictions.  Now we're outside the Single Market, things aren't so easy.  In order to count as "made in....  x" a certain % of the value of the finished product must be added in the "made in country".   Essentially you can't just assemble a box of Chinese parts and say the bike is "made in the UK".

It is proudly displayed on all their bikes. This gives KTM an advantage now in the UK, because when brought in by our dealers, there is no duty to pay.

To show a bit more about the "made in Austria" status here are some details from the last time we visited Austria.... ah, remember the days when we could travel!

Whilst there we were able to have a look around the factory and offices to see the production of the bikes from start to finish. 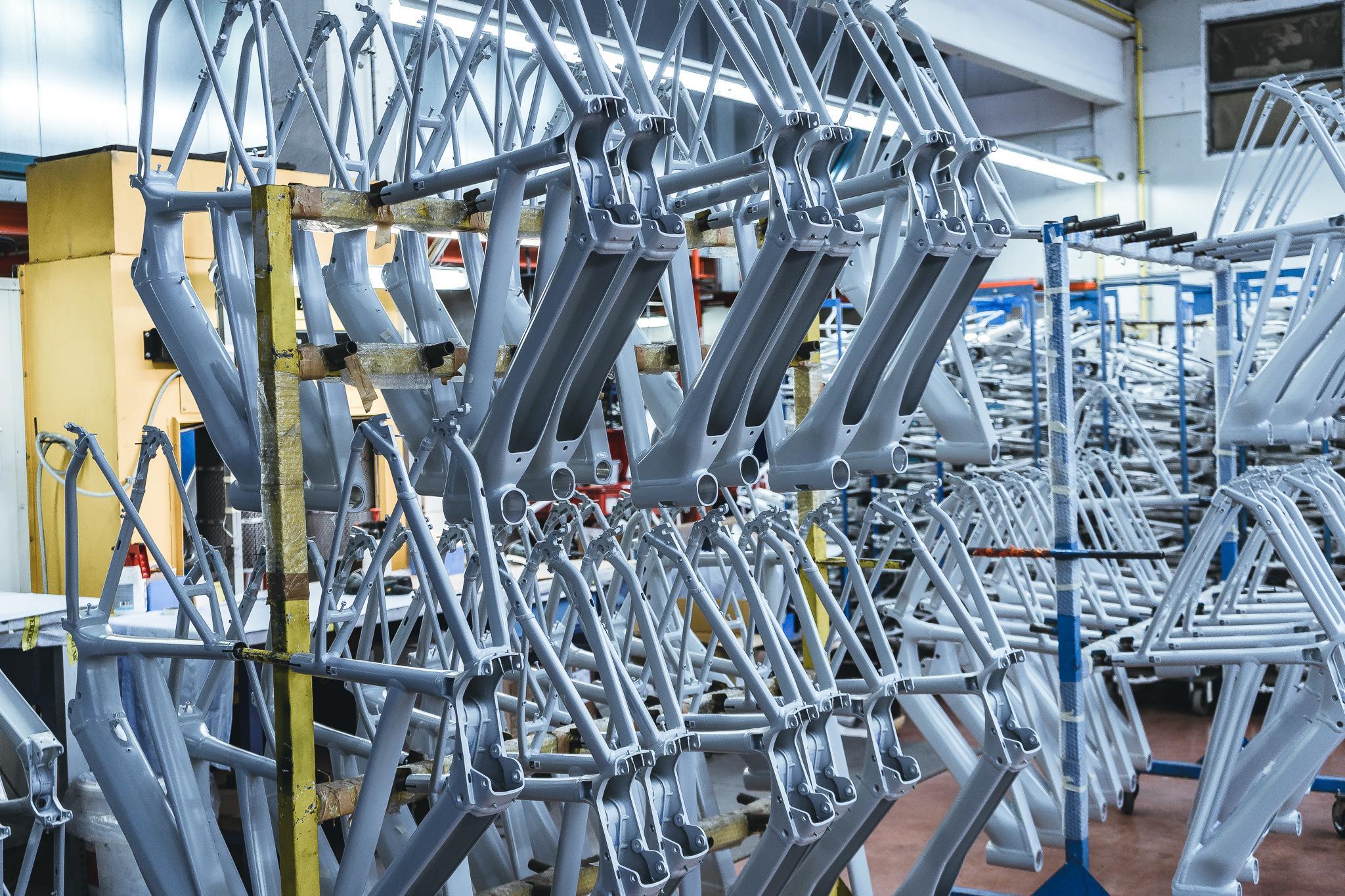 The assembly lines were working on a range of different bikes from the 2020 line up. The frames start in the paint and decal rooms.  They come to the factory in raw form, then they pass through paint and have the decals hand applied by a small team of people. 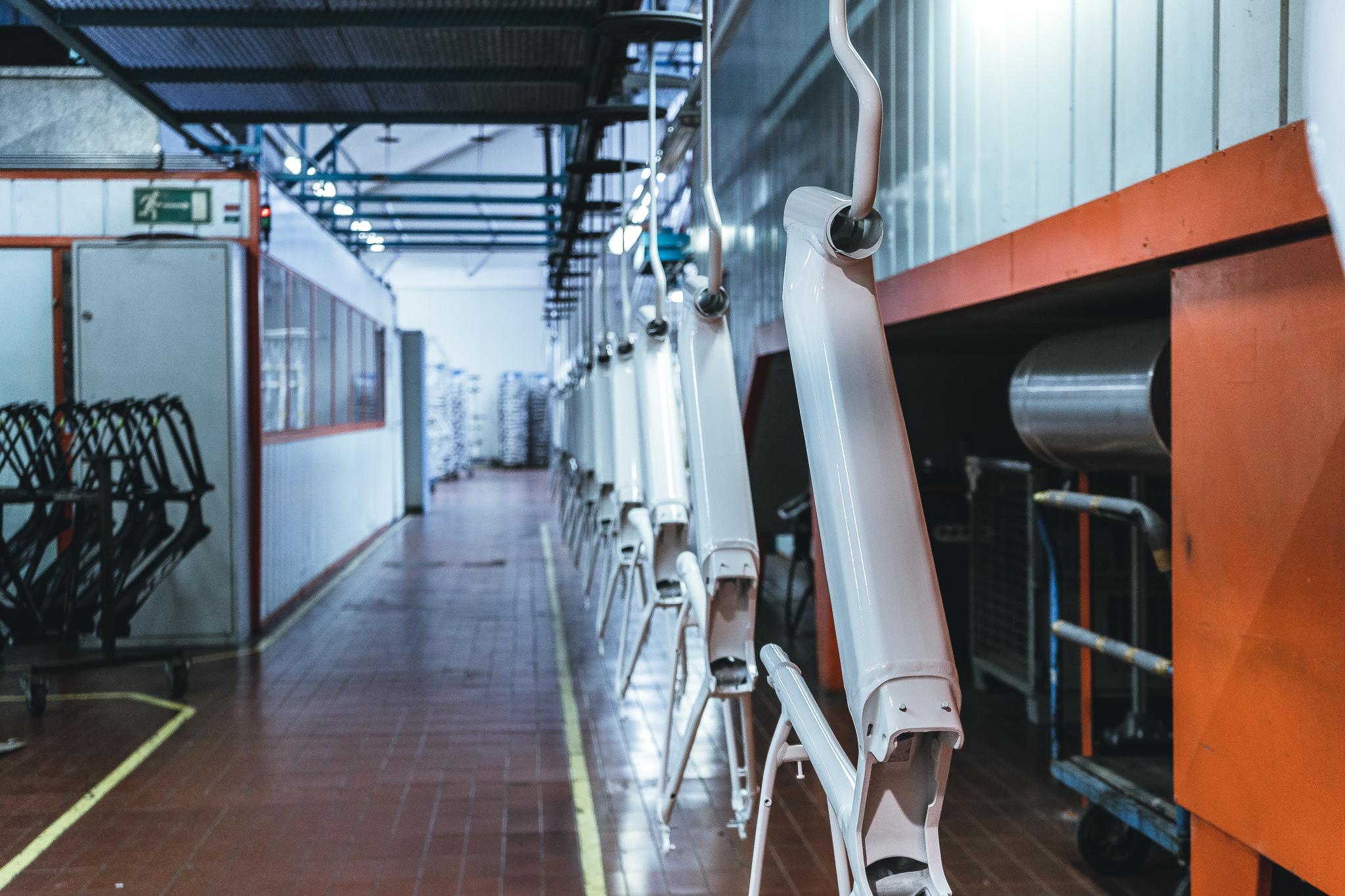 Once painted and dried the frames are lined up for assembly in the main factory floor. Each station has a specific job of piecing together the components and then eventually the whole bike.

Here we see some of the 2020 Macina Sport range being build on the ebike specific conveyor belt. 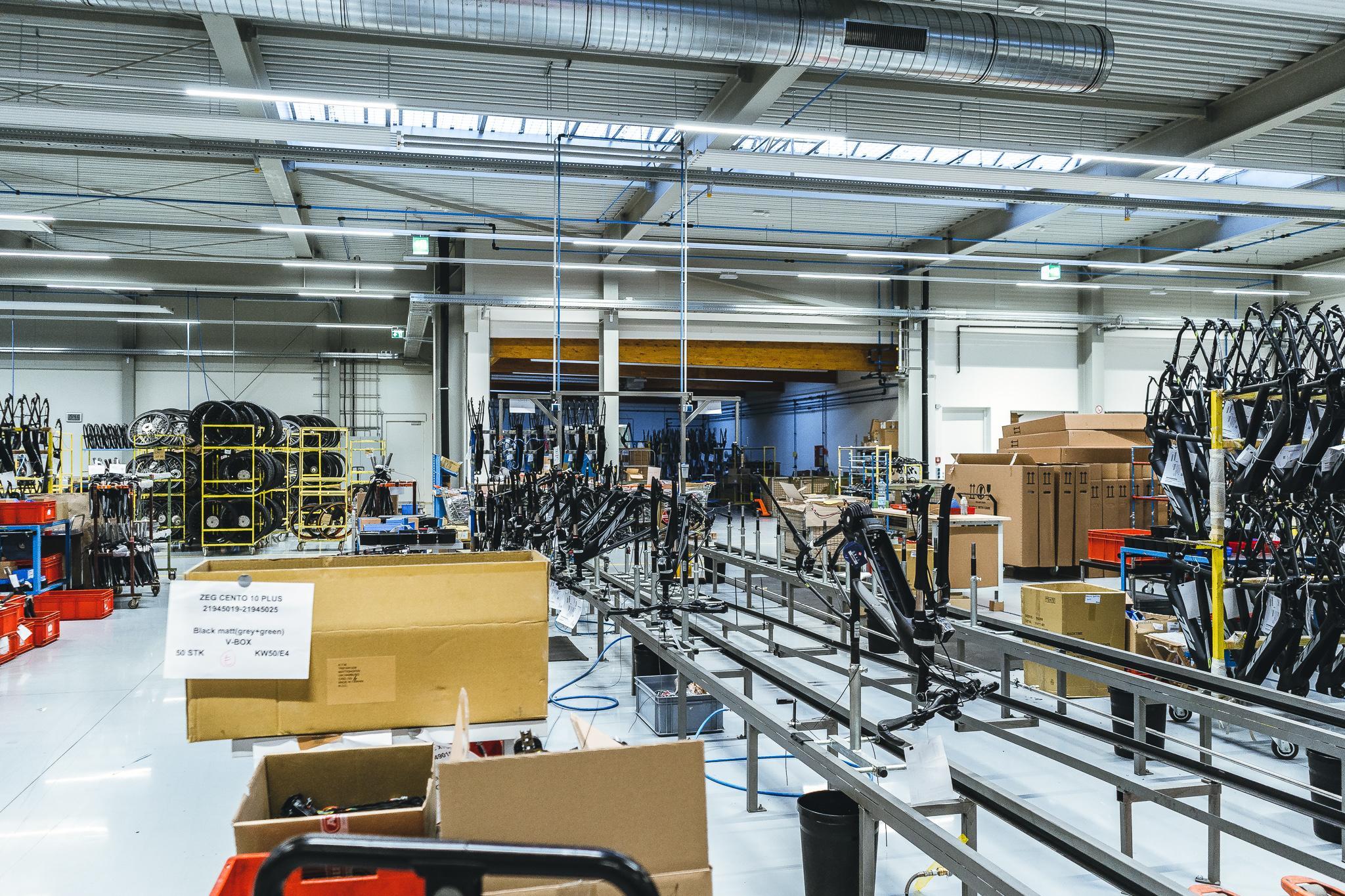 Whilst most of the components for the bikes are shipped in from companies such as Shimano or Bosch, parts like the wheels are built in house using machines like these to align them before going onto the bikes. 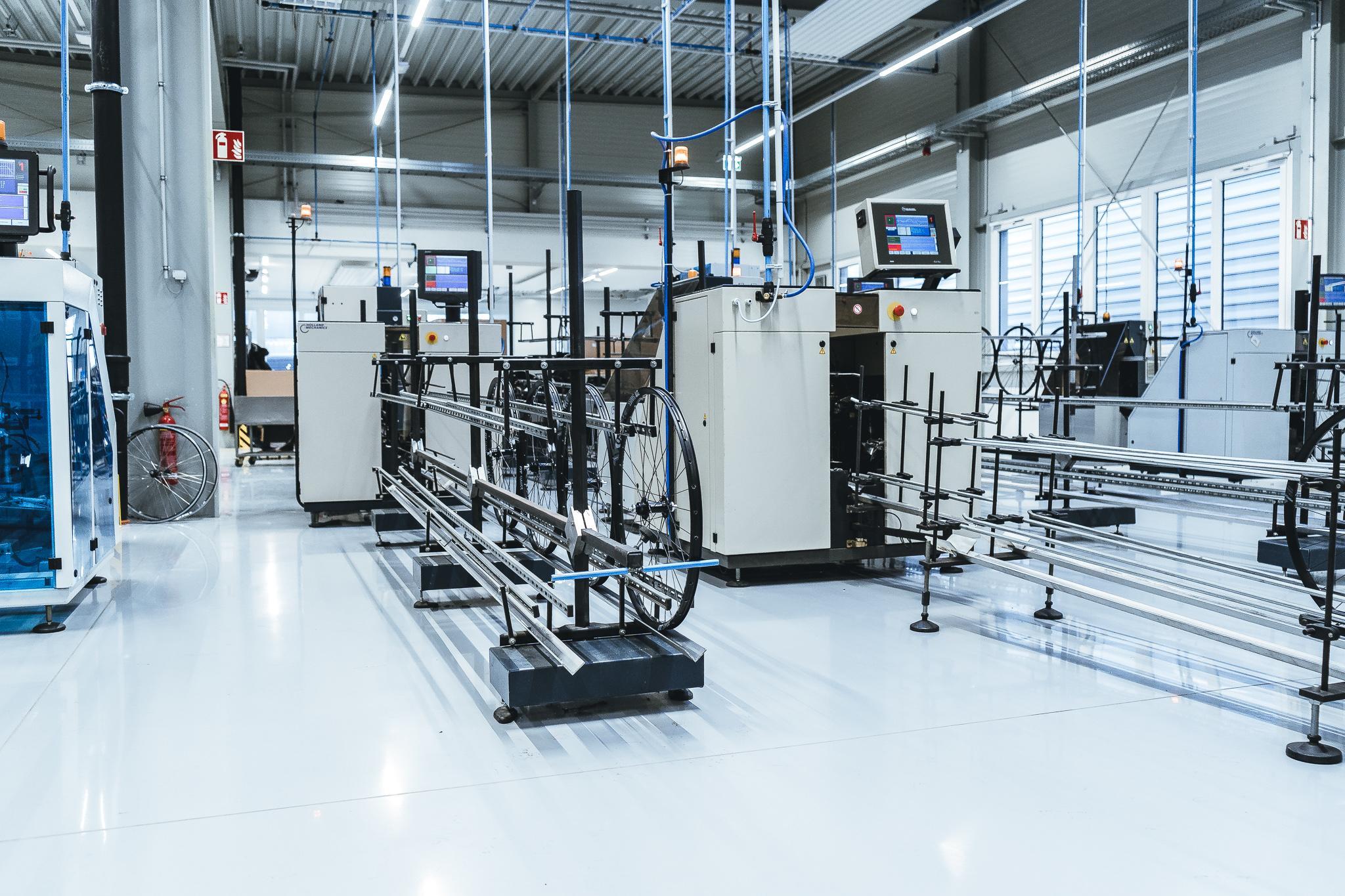 At the same time on the other side of the room the 2020 KTM Macina Prowler Prestige's were being built by a team of workers. The bikes are fully assembled before being lifted into their boxes and sent all around the world all from the same room. 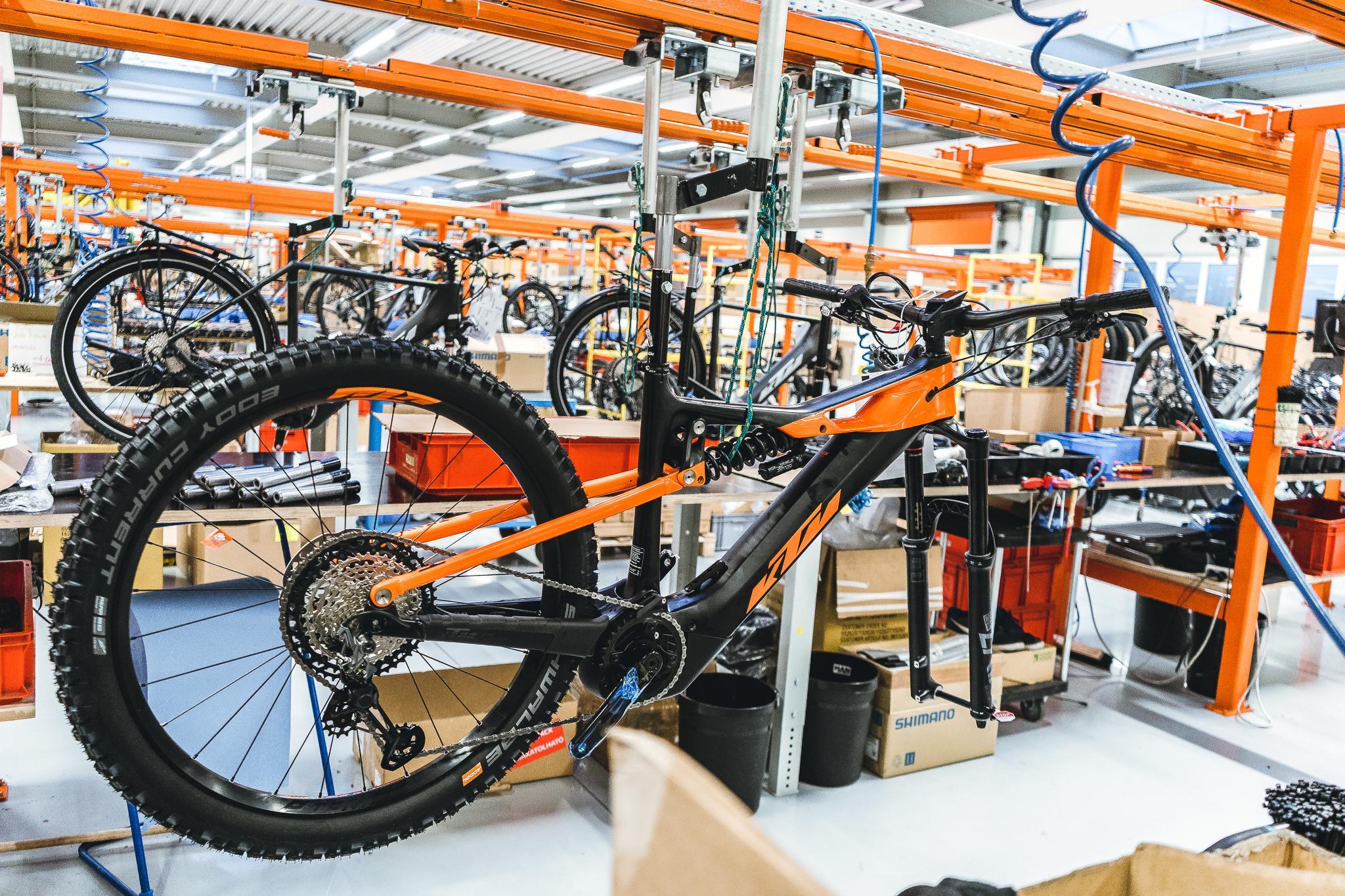 Another room we had to be very careful in was the testing and development room. In here they use machines like this to test their frames and components for things like strength, durability and performance. It's also worth noting that all of the photos above were taken out of work hours as it was the only way to get close to the production line without interrupting the work. 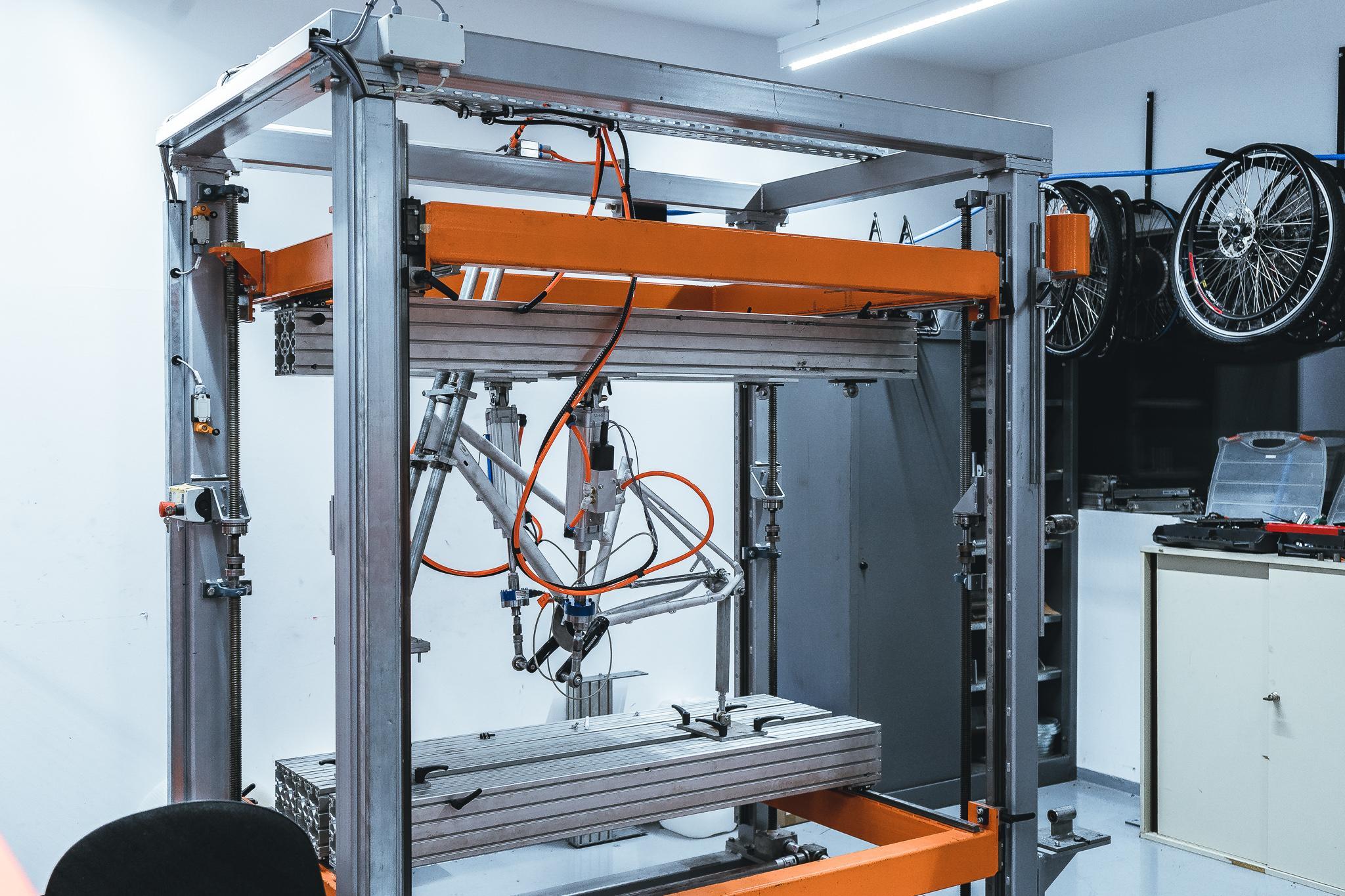 This was my first time visiting the factory and it was personally a lot to take in for the short time we were there. Hopefully these photos give some perspective on how in house KTM really is as all of these rooms were connected directly to the offices that the staff work from.