Last weekend I signed up for my first sportive of the year, the Torelli Mini-Cheshire Winter 100 km Sportive and as I've got an eye on ramping up the base miles after a season of pedaling, running and slipping round the North Wests finest cyclo cross courses in the North West Cyclo Cross League where I managed a respectable 34th overall in the League aboard my KTM Canic CXA, I thought it time to get on the road bike and get some 'steady' winter miles in, before the XC Marathons start and ultimately Mountain mayhem 24 hr solo in June.

As ever the forecast looked all well and good for the Sunday, until the preceding Thursday when it indicated that there would be a strong (15-20 mph) decidedly unseasonable South Westerly blowing all day, but the decision had already been made to ride to the event and ride back, adding another 67 km to the route.

The targets had been published and a Gold Medal time of sub 4 hrs 8 mins was the target.

As I set off on my KTM Revelator fueled by Nutrixxion Endurance Citrus drink and one of the rather tasty Salty Nut bars in the cold & dark of a typical morning in February. The forecast wind was rather enjoyable on the way to the start in Poynton in Cheshire being on our backs for the majority of the ride there, maybe presenting a false sense of security for the start of the event; knowing that from the start the route basically ran from North East to South West and straight into the wind. Nonetheless  I set off into the biting winter wind and tapped out a pace a couple of kph's above the required Gold medal standard. The route was nice and undulating, well thought out and basically traffic free, it came as a slight surprise when I arrived at the first feed station and the guy manning it said he hadn't expected to see anyone this soon and I was the first there!

By the halfway point the wind was getting stronger and it certainly felt worse on the open Cheshire country lanes, with only the odd hedgerow for some respite cropping up once in a while, thankfully at this point the course turned and headed initially North and then turned North East with the ensuing tail wind, which never appears to be as strong as the headwind I'd just spent nigh on 50 km riding into, still nicely ahead of the target time though.

As I rode back towards the finish point in Poynton the mornings efforts were staring to take their toll, and the fact that I was now on a ride longer than anything I'd done for months, so out came the Nutrixxion Gels, down the hatch and a few minutes later with a refreshed feeling I cranked on towards the finish.

Coming back into Poynton with its bizarre road layout (passive right of way, near slick cobbles and no markings) and up to the sports center that served as the event HQ I rolled across the finish line and had my barcode timing chip zapped by one of the organisers, looking down at my Garmin it showed am event time of 3 hr 34 mins, just about 3/4 of an hour inside the Gold medal standard, well chuffed.

A couple of hot-dogs and a drink and it was time to head back straight into that dreaded headwind, for the 30 odd km's back home, so out came another Nutrixxion Gel, this time with a bit of caffeine and off I headed.  I got in just as the heavens opened to round off a cracking day in the saddle, albeit a very cold and windy one, with 167 km in the bag in just over 6 hours, and a nice start to the mileage bagging for my onslaught at Mountain Mayhem 24 hr Solo at the end of June this year. 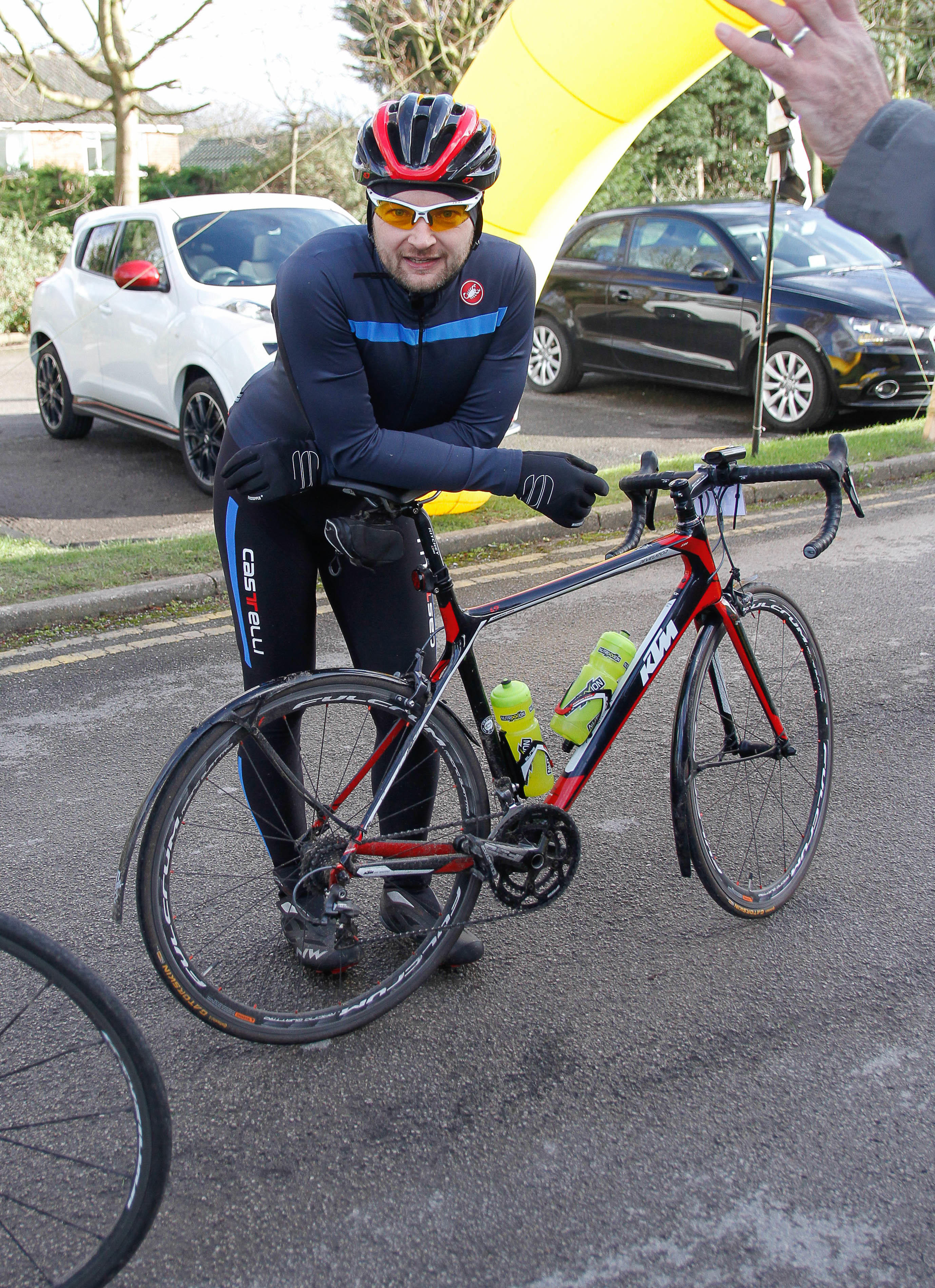